Registration is now open for the Almaty Marathon Swim

Registration is now open for the annual Almaty Marathon Swim. The event will be held June 30 at the recreation area "Heaven Club", water resevoir Kapchagay. 250 swimming lovers will complete swims of 500 m, 2 km and 3 km in open water. 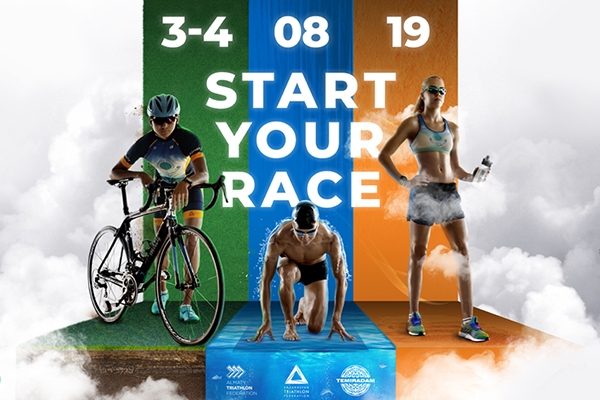 The ASTC Asian Cup international triathlon tournament for professionals and amateurs will take place from the 3rd - 4th August 2019 in Almaty.

On August 3rd, 130 professional triathletes from more than 40 countries in Asia and the rest of the world will race on Lake Sairan in Almaty. The ASTC Asian Cup is a series of cups held by the Asian Triathlon Confederation (ASTC) and the International Triathlon Union (ITU) in which all elite athletes can participate. And on August 4th , the lake will be the venue for an amateur competition in the over 18 age category.

“Amateur athletes can apply for registration on the championship website today: http://almatytriathlon.kz,” explained executive director of the Almaty Triathlon Federation, Ruslan Kogai. «For the Age Group category, participants can enter as part of a team (without gender restrictions and age categories). A team can consist of two to three people. I also want to warn people that the competition has a limit on the number of participants, the maximum number is 220 individual athletes and 30 teams.»

For reference: Triathlon is a sport that consists of a multidisciplinary race in three continuous stages: swimming, cycling and running. Since 2000, triathlon has been an Olympic sport. In Kazakhstan, triathlon is developing in all regions of the country. In 2019, 18 competitions are planned to take place at national and international level.

Run away from the heat - mission accomplished!

July 22nd saw the Summer Run in the Almaty Arena sports and entertainment complex. 1200 runners ran a distance of 12 km. There was also a 3km children's race and an 8km Nordic walking race.