The transfer of the constructed objects within the framework of the Almaty 2018 marathon's charity goal is continuing. On September 12 our team presented sports playgrounds in the first hospice for children with cancer "I'm with you".

The corporate fund "Courage to be the first" presented the third charitable object - sports ground to special boarding school №6 for children with intellectual disabilities.

The corporate fund "Courage to be the first" presented the third charitable object - sports ground to special boarding school №6 for children with intellectual disabilities.

The ceremonial opening was attended by the organizers: executive director of the Corporate Fund "Courage to be first" Saltanat Kazybayeva, General Director of the World Class Almaty fitness club Valikhan Ten, as well as the leading players of the Almaty futsal club "Kairat" Serik Zhamankulov, Hossein Tayebi and the partners of "Almaty marathon". 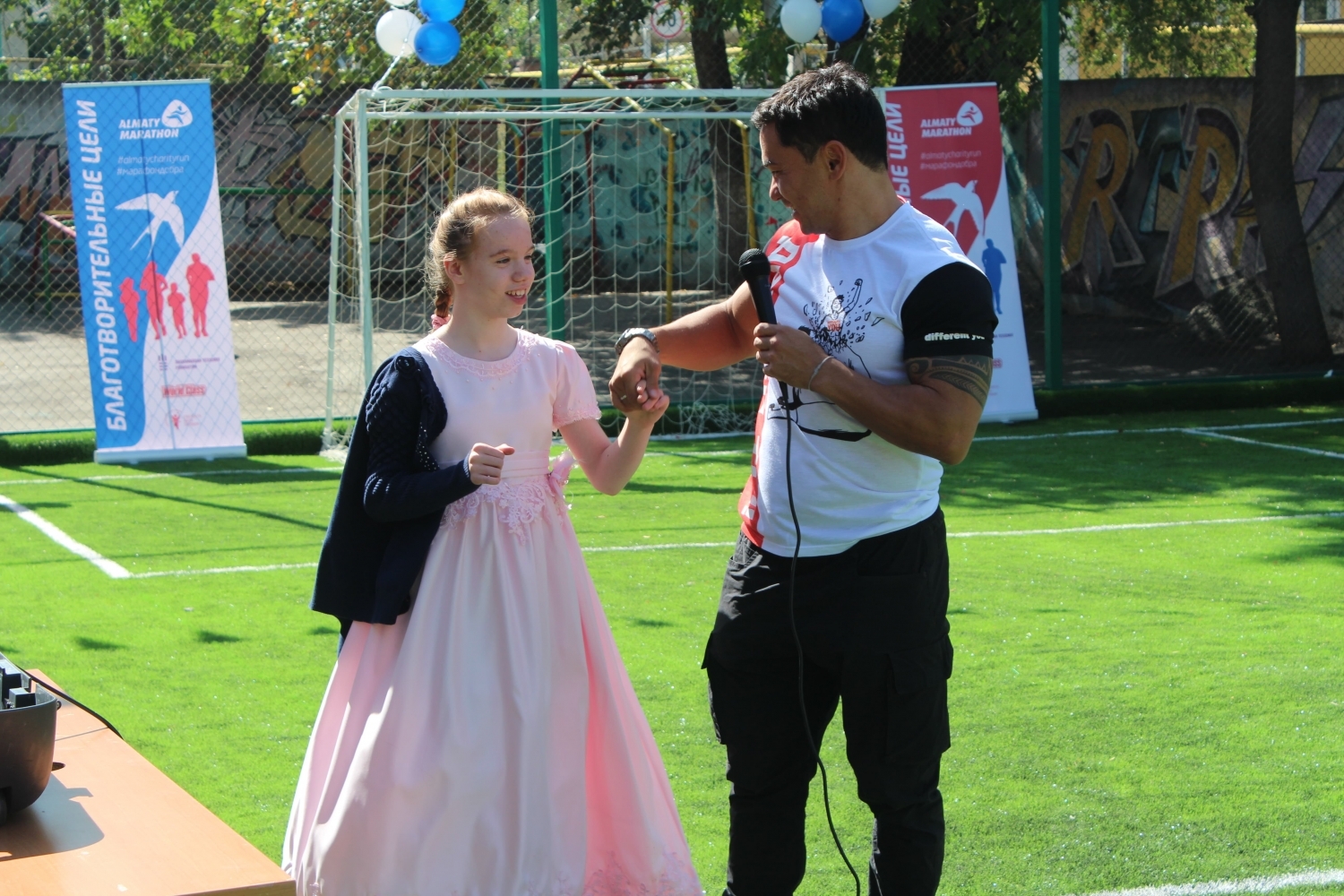 - “First of all, we thank everyone who came to the start on April 22. After all, with the help of participants, active and athletic runners, we can implement such charitable goals and attract others to sports. Almaty marathon is a social, sporting project that makes the life of our city bright and healthy. And the opportunity to help children gives us strength and inspiration for new projects. Witnessing how much the students like to play football and do sports and I'm sincerely proud to be a part of such a large-scale event", - Valikhan Ten, general director of the World Class Almaty fitness club, shared his thoughts. 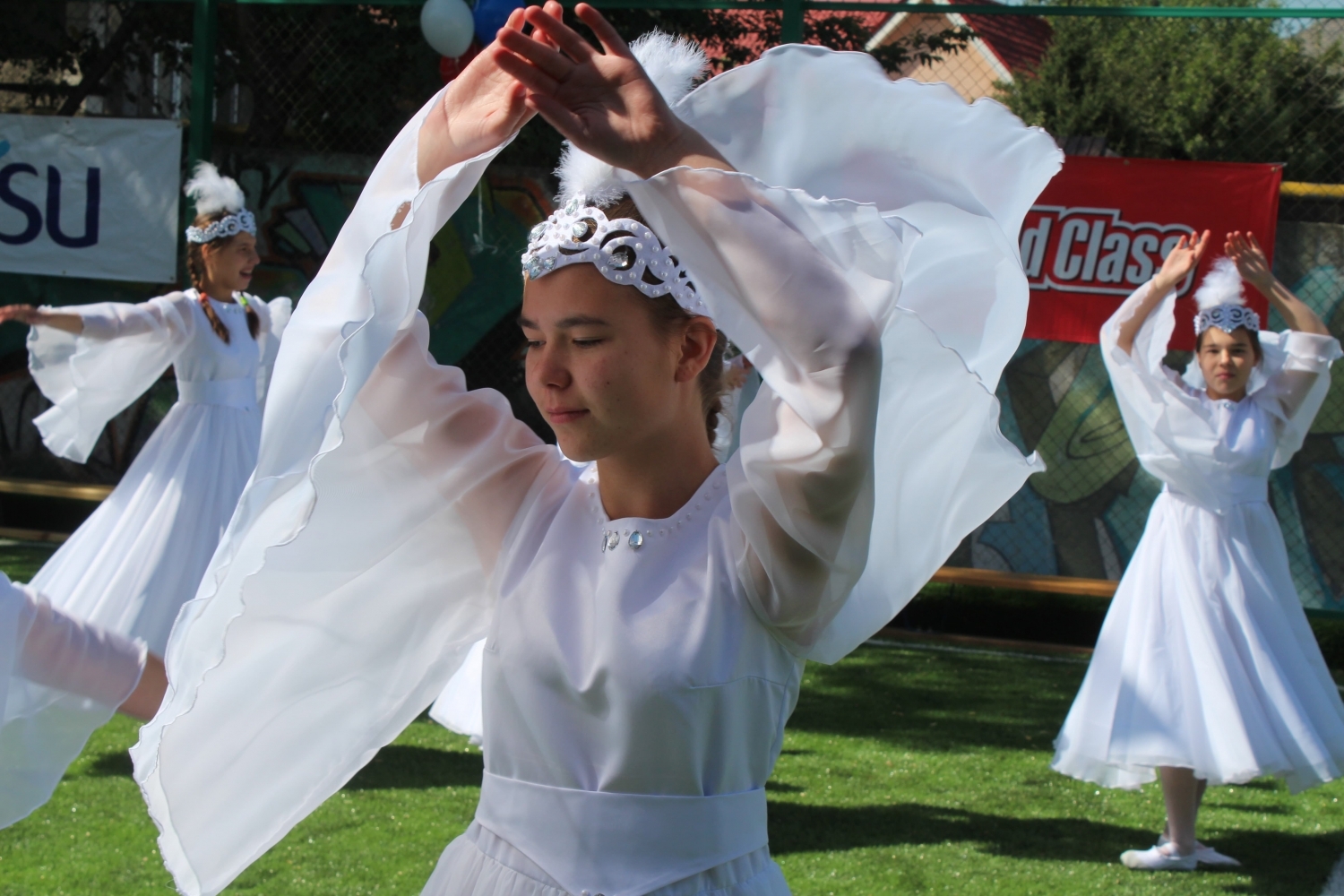 The ceremonial opening of the sports ground was followed by a small concert, which the children of the school organized for the guests.

But the most memorable moment of the event was the team's play against the national team of football players and organizers, where the students of the boarding school №6 won with a score of 3: 0. - "The children have enthusiasm and interest in sports, especially in football. Positive energy and team spirit have done their job, even taking the ball from them was not easy, "- said Hossein Tayebi, Asian champion, player of the futsal club" Kairat ".

Football is not only for boys. Female students of the school in May took 3rd place in the city mini-football tournament among the clubs of the branch of Special Olympics Almaty.

The eighth "Almaty Marathon" will be held on April 21, 2019. Registration opened on Monday, September 17. Charitable goals for the coming year will be announced in October.

The registration for the largest running event in Central Asia – international 8th Almaty Marathon, which will be held on April 21, 2019, is open today, September 17.